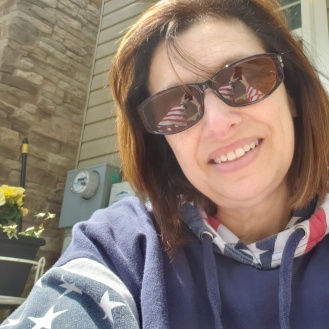 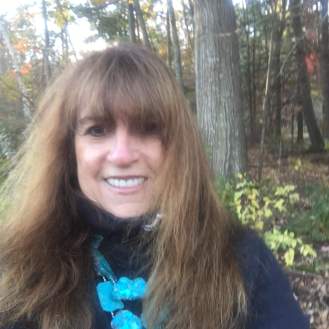 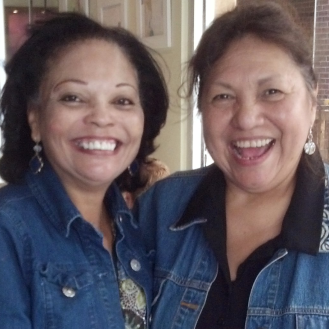 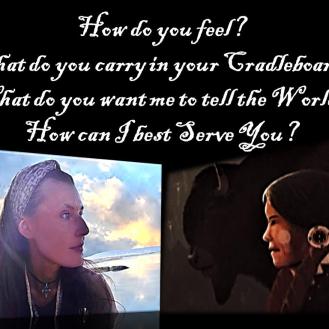 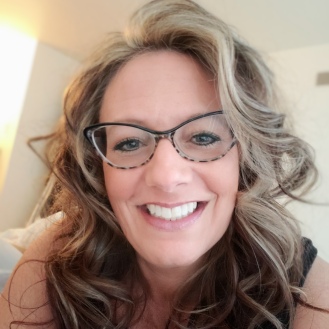 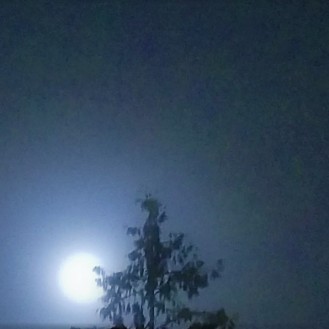 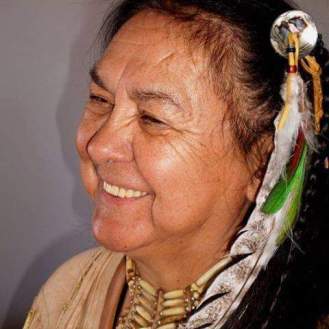 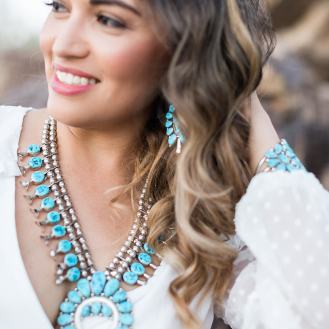 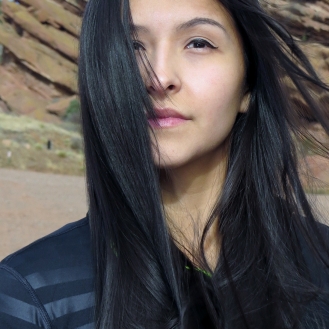 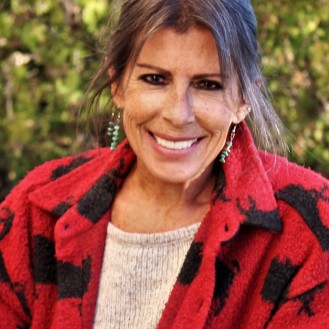 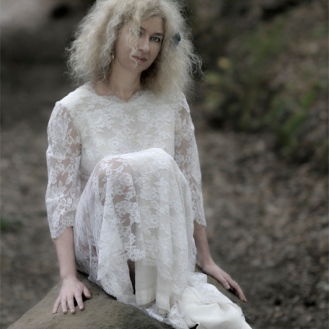 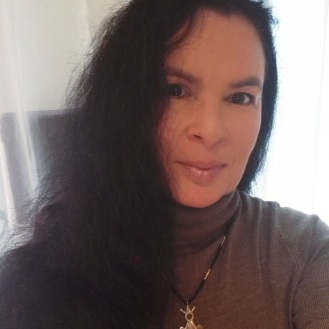 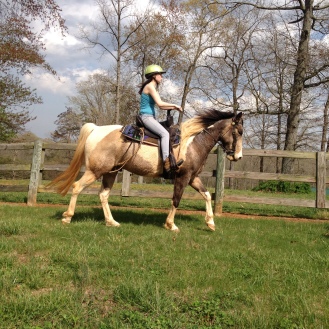 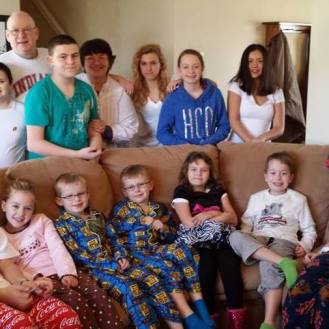 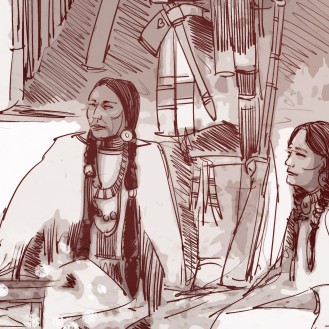 “My Tribe of people that I work with are leaders, and we all want to follow the same path of creativity and simplicity. It’s taken a while to find them, like a needle in a haystack – but I’ve found the needles and they are amazing. I’m here to tell you, there are good people in the world so keep going.”

Georgia Paris, Solo Artist, Song Writer and Lyricist touring with Dee Rock – I was a child with a goal and a mission who believed dreams could come true, despite the hardships and trials and tribulations I had endured. I came from a humbling background in New York. My family was about to lose our small abode, so we had no choice but to sell it, and move into a small apartment with lavender hallways, in a not-so-desirable neighborhood.

I had a brother, a mother (whose arm was paralyzed, which made it tough to find employment), and a father who worked in the unreliable construction trade to make ends meet. Our family could not afford any luxuries and we never had a family trip. We were lucky to even get a birthday cake. Much of my time was spent in my room listening to LP records of the finest musicians in the industry. My mind forever wondered, how would we ever get out of poverty and how could we escape this meager existence?

My main entertainment was singing along with the records, as I fantasized about being embedded on vinyl one day. My dream was to go to Berkley Music School, in Massachusetts. But, reality would always set in, and I knew this college was out of my league and price range. I had to think practically regarding what career path I should pursue in order to land a real job.

So the next best thing was Plan B: 34 plus years of becoming a Regular Ed teacher. I applied for grants and scholarships and was thankful to receive this funding. I worked full-time as a para-professional at a local high school, and two nights a week teaching Adult Education and ESL classes (English as a 2nd Language).

On some weekends, I would travel to a neighboring state to perform in a band. As well, I sometimes performed with a well-known local band. These jobs and band gigs helped me sustain my expenses and get a start. In addition, I would take courses at a local college branch over an 8-year period so I could reach my goal of becoming a teacher.

At one point in my career, I worked two jobs that were each 40 hours per week (we referred to it as 2 1/2 day shifts), working with the disabled and youths a risk. In conjunction, I would have to do sleep-ins at each position, meaning four days out of the house.

But the dream still lived on, as I continued dabbling with my music… a strong force overtaking my spirit and soul, which personally needed to be reckoned with.  I couldn’t ignore the signs. I was performing at an establishment when I was approached by members of a local progressive band who were sitting in the audience. They asked me to do back-ups for their album. And, that I did. I was given credit for my contribution to this album, now available on YouTube Music.

Thirty years passed, and I decided I wanted to get my feet wet once again with music. I needed to dance in puddles, streams and advance to the oceans. Music was the only thing I had to grasp on to when growing up, like a sipping straw. It was my savior – the blood that ran through my veins.

A female bass player friend of mine mentioned a songwriting contest she had entered. She thought I should think about writing lyrics, then have them critiqued through songwriting contests. So, I moved forth on that path. I valued getting constructive criticism on my lyrics. To my surprise, my scores and suggestions from the pros were very favorable. That was a HUGE moment for me. I thought, maybe this is the start of something!

During this creative time period, I had written close to 100 songs. I ended up purchasing one of the top songwriting books which I read cover to cover. It provided several music publisher resources to which I could send my songs. I ended up being featured in the same book in 2016, as a research specialist with one of the top music publishers in the country. Two of my songs were published and a few others were put on hold.

Now, I had to figure out a way to get my lyrics put to music. I sought out a popular demo service. They made my lyrics come to life by creating a melody, utilizing their own studio musicians. I hit gold twice when I received two responses from known and reputable publishers in the States.

Behind the scenes, eight years ago, I noticed very subtle changes in my mother’s physical and mental health. She was diagnosed with Alzheimer’s. She did quite well until 2016. At that point, I was thrown into a full-time caregiver position until her death in 2018. My once vibrant mother became only a shell, and I was working 24/7 to keep her in her home, the place she so dearly loved.

My father had passed in 1985, so my biological support system WAS my mother. I promised her that someday I would be on stage dedicating and performing a song about her challenging life. It seemed our lives ran parallel.

During this timeframe, I continued working with a band in the U.K. All my song tracks could be done from home on my laptop computer. I would write the lyrics and lay down tracks for my vocals. The engineer-guitarist-keyboardist in this band would fit all the pieces together like a puzzle to create a “Pink Floyddian,” mystical sound for our songs.

In between all of this, I was doing promotions for two movies, even tried my hand at Casting, and was the project coordinator for an animal project. My goal was to be a sponge, soaking up every tidbit of information about this challenging field – climbing up the ropes and not slipping down, in order to educate myself in many aspects of the entertainment industry.

One of my memorable moments was a recent trip to the Navajo Reservation. I was there to help one of the top Navajo artists of the southwest to brainstorm ideas for an educational movie we hoped could be carried on and promoted throughout schools and art galleries. Our goal was to keep Navajo Arts alive in tradition.

I also had an opportunity to meet this well-known artist’s mother. She cooked fry bread for the small crew and called me her daughter. My heart sank when I received a message a few months ago from this artist, informing me of his mother’s death. He stated he saw her “floating in the sky” after she passed over.

After my mother’s passing, I found a charm of hers on the rug, and a few days later, a feather ornament from the Christmas tree floated to the floor. I knew this was a sign from my mother to move ahead with my career path.  Her energy was apparent.

Soon after, a musical volcanic eruption took place. I was offered to tour with a very well-known musician from Nashville whom I have supported. What followed was a major music project knocking at my door, and I was signed on to a well-respected and well-known Indie label.

As I continue my journey of completing my album featuring many headline bands, I am also preparing for a CD release party with several of these artists who have become my family and support system. I will be touring in England and next year in Europe. Knowing my mother is partying with angels, flying with wings like an employee of the airlines, she is pushing me to advance my career – something she never had the opportunity to do herself.

Lastly, I wanted to mention I am being nominated by my engineer for the Grammies! So what are my future musical goals? To create music people can connect to and live by, which tells a story so others will follow their own dreams and paths. Lyrics and music that will be embedded in their brains for years to come, to teach and spread “fairy glitter” throughout the globe, that gives hope to Mankind.

As I wrote a snapshot of my life, I remembered the violin lessons at my elementary school and hitting all those sour notes with my bow. But, after a few years, I was chosen to stand on the podium to prove my skills as the head picker. I didn’t know it then, but I knew that I could persevere as a teacher and a musician when the stars WERE ready to shine down on me. About 10 years ago, I was chosen from thousands of entries around the world to participate in the International Space Station Program with my class.

Always be a trailblazer and never look back.

16 thoughts on “Be a Trailblazer and Never Look Back”